What’s optimisation really worth for my business?

‘The problems which most perplex tennis players are not those dealing with the proper way to swing a racquet.’ (Tim Gallwey, 1974)

Those who work in the harsh, rubber-meets-road reality between target-driven mine-to-port planning and daily life in operations know what it means to experience frustration and disappointment. The noise, the interruptions, the slip-ups, the distractions… in other words, all the interference that gets in the way of a perfect day.

Tim Gallwey’s 1974 book ‘The Inner Game of Tennis’ broke new ground in explaining how a player’s on-court performance depended on more than correct technique, body mechanics and fitness. His approach was built on this simple formula: Performance equals Potential minus Interference.

In a previous article we observed a trait of successful production teams is how they say, ‘we made plan despite….’, when others say, ‘we didn’t make plan because…’, where the list of reasons following each statement is exactly the same. We might also say that each of these reasons is what Gallwey calls Interference.

Gallwey described interference as the inner messages we tell ourselves, the distractions that clutter our thinking, and our confining perceptions and expectations. It follows that the more we overcome interference, the nearer we are to our potential.

What then is our potential? This is a tough question to answer, especially for those who plan and operate in complex interdependent production systems and networks. Ask those with expertise in business transformation and the answer might be something like this:

Full potential is the theoretical state in which every input is delivered on time to its required specification, every node performs to its design capacity, every conversion achieves its flowsheet potential, every transfer avoids loss and contamination, and every product achieves its intended commercial outcome.


In other words, it is an operating state that is unlikely to happen, even by random chance. So why then should we want to know what it is, and of what possible use is it when we consider running an optimisation project?

To answer this let’s turn to the field of Asset Management, whose practitioners are accustomed to full potential thinking. Their standardised time usage model accounts for each activity (or inactivity) within a full calendar year of 8760 hours. It is a form of loss accounting which drives and supports accountable behaviours. Because every minute of every hour is accounted for, every loss, whether planned or unplanned, avoidable or not, is tracked. Yes, we know better than to expect every hour to be 100% productive operating time, but we also know we have a problem when 50% utilisation of an infrastructure constraint is bottlenecking the business.

How then do we apply this mindset to the broader value chain? Perhaps this is best answered through a case example.

During a mine-to-port value chain transformation a loss accounting framework was created for revenue potential. The project scope spanned multiple mining locations, several processing plants and stockpiles, and dozens of sales contracts, feeding into multi-user rail and port facilities. The revenue waterfall chart began with the full commercial potential of the mineral resource inside the annual mining footprint, finishing with actual cash realised at the point of sale. Between these endpoints losses were classified against categories such as geological cut-offs, mine design, mining method, equipment selectivity, processing tactics, blending and transhipment.

This analysis showed baseline revenue was about 65% of the commercial potential. Much of this gap was known and expected – from mining loss and dilution, metallurgical recovery, blending tactics and constraints, etc. However, a sizeable share was not. These were the ‘invisibilised’ losses, hidden deep inside planning assumptions, operating policies and behavioural practices.

Polymathian were invited to examine one segment of this value chain - from run-of-mine stockpile to shiploader - to test whether optimisation could increase the revenue conversion. Losses in this segment represented about 10% of the full potential, or an opportunity to increase baseline revenue by 15%.

Polymathian’s evaluation involved replaying an entire year’s worth of daily production and logistics data. An early insight was that the activity of matching available plant feed to arriving ships was founded on a “best decision on the day” heuristic. This simple rule kept the system moving in a throughput sense, but for a value chain frequently falling out-of-sync between mine and plant, and between plant and ship, it led to significant revenue leakage, possibly up to half of the total segment loss.

Polymathian’s simulation and optimisation honoured the practical constraints of available stocks, process capacities, blending, railing and cargo assembly. This informed trade-off decisions on contract specifications and demurrage and showed a sliding four-day decision window was the optimum time horizon for decision making. This simple shift alone increased revenue by 4%, enough to repay the investment in mathematics within less than two weeks.

Based on this performance and capability Polymathian was awarded the contract for supply of a new blend optimisation and scheduling system (BOSS) to replace the incumbent manual whiteboard and spreadsheet. This prototype has since evolved into their BOLT product, now widely used in bulk materials planning and logistics.

A side benefit of this structured approach to optimisation was that building the baseline and decision model became an audit of the current state. Some of the findings included:

(Keep these possibilities in mind when planning your optimisation project. You may find the baseline audit alone is worth the engagement cost and offers the fastest payback.)

When we assess an opportunity in this full potential / loss accounting way it’s not unusual to be met by two types of responses:

Let’s look at this through a second example. This case is from a full value potential workshop for a large refining, smelting and casting business. One sub-theme concerned the chartering and scheduling of cargo ships, both inbound (for raw materials and consumables) and outbound (for intermediate and finished products). This was managed with a manual spreadsheet, updated weekly (at best), so time-consuming to produce it was out-of-date as soon as it was issued. To their credit the internal team saw an opportunity for mathematical optimisation in short-term scheduling and demurrage control. However their value estimate for cost savings, as a percentage of total spend, was very small. Since business resources are not limitless and prioritisation decisions have to be made, on this basis the opportunity might not be pursued.

The external team challenged this estimate, not because they had better information, but from general experience of value latency associated with deterministic planning processes. For a business activity with a total annual spend of several hundred million dollars, the internal team was effectively arguing the incumbent process achieved over 99% of its full value potential.

At last report the optimisation solution, since commercialised as SOLO, was delivering around five times the original estimated savings. From experience, a first-pass optimisation – making better decisions with available data, within the existing operating framework – can deliver up to 5% revenue uplift or cost saving.

Have you noticed the better a tennis player gets and the more they win, the more, not less, they need coaching? Teams that say, “We’ve got this, we’re already optimised, we don’t need any support,” are like player touring without a coach. They might make good money but they won’t win.

Dealing with that interference is just the start of the path to full potential. Next, we get to work on the really large opportunities. And while we’re at it, let’s talk about having an optimisation coach.

Rod Smith is the founding Principal of Beresford Advisory, a Brisbane-based resources sector consultancy focussed on supporting better decision making across the mineral value chain. He is a fellow of the Australian Institute of Mining & Metallurgy and a mining leader who was a part of Rio Tinto for over 30 years. During that time he held a variety of technical, operating and leadership roles, most recently as Chief Advisor of Planning & Scheduling. In that role he developed Rio Tinto’s Orebody Productivity framework and established its Operations Research & Decision Science group, building internal and external partnerships in the field of Industrial Mathematics to unlock significant value for the group. 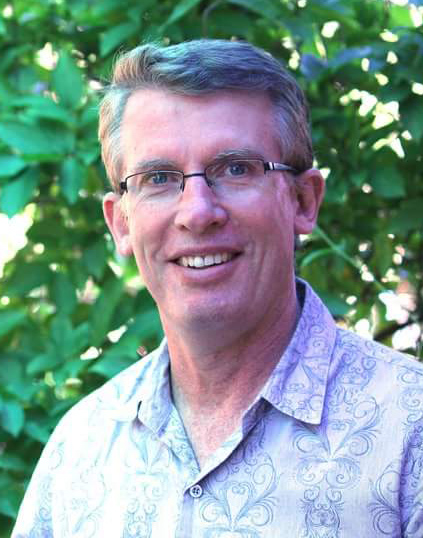