The path from software engineer to chief technology officer

In November, Polymathian announced the promotion of long-time employee Mitchell Grice to the position of Chief Technology Officer. Mitch is the first Polymathian employee to hold the role of CTO, so I thought it would be interesting to sit down with him to find out what the journey from software engineer to CTO looked like for him. 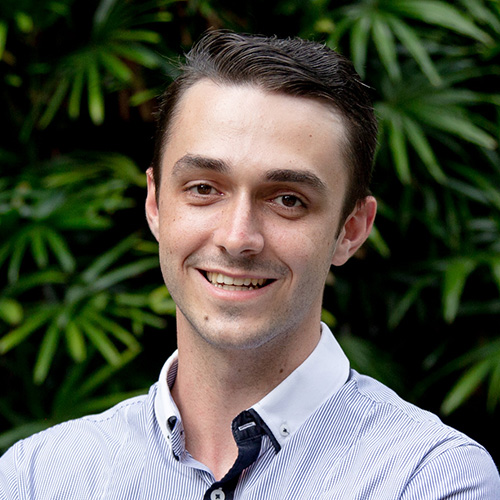 Coming from a family of electricians, Mitch envisioned a life filled with electrical systems and switchboards, which is why he began his university career studying electrical engineering. But it was a fateful internship where Mitch discovered his desire for “rapid innovation”, or rather his impatience for hardware and his need for instant gratification. Once Mitch understood that electrical engineering wasn’t the career path for him, he changed his major to software engineering.

During his university years, Mitch dabbled in entrepreneurship with a fellow student. However, he quickly realised that the start-up scene was not for him and that he preferred to look for a more traditional corporate job. Ironically, he ended up joining a young start-up technology company as a casual software developer in 2015.

After joining Polymathian and spending time supporting ORB, Mitch moved to the Tropofy team, the group responsible for developing the proprietary platform that enables Polymathian to deploy its cloud-based optimisation software. Mitch noticed during his early tenure that Polymathian was an employer that promoted from within, so when the opportunity presented itself Mitch applied for the technical manager role. Mitch said, “I put my hand up for the job despite not having managed a large development team before. It was a challeging position to be in, but I’m grateful I was given the opportunity. It seems I must have done a pretty good job.”

Yes, it would seem so, as the Tropofy platform is truly the backbone of Polymathian.

“In the early days at Polymathian, we didn’t want to partner with any single cloud service provider, wishing instead to remain autonomous”, recalled Mitch. This led to one of his first critical business decisions: pushing for a mindset change from remaining autonomous to hitching our wagon to AWS. Mitch began to understand that “Shifting a lot of the undifferentiated heavy-lifting to AWS allowed Polymathian to grow and scale our solvers, our engines, and run what-if analysis that would not have been possible otherwise”. 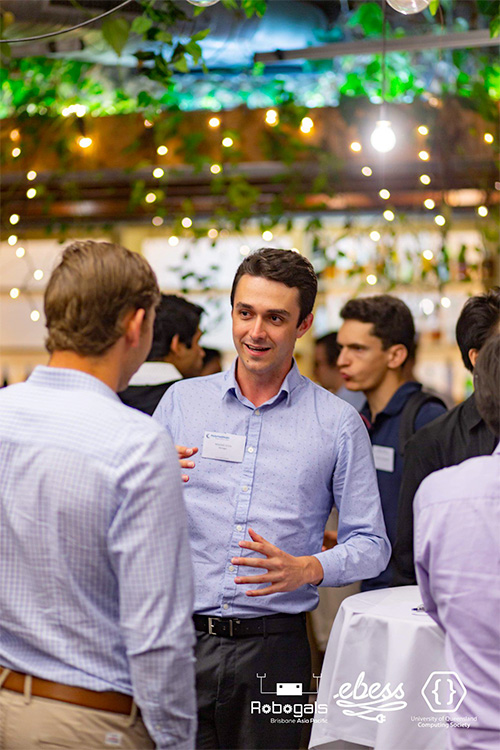 A never-stop-learning attitude is essential to any technology role, particularly for someone responsible for driving technological strategy. To prove the point, Mitch noted that, “Major leaps in technology are occurring every few years: things move really fast in the tech world. Polymathian uses technology today that was either emerging or non-existent when I attended university just six years ago. That same technology is now the building blocks of Polymathian’s tech stack”.

To keep on top of technology, Mitch further leverages the AWS partnership by frequently attending training courses and maintaining his AWS Solutions Architect and Cloud Practitioner certifications. Also recognising that knowledge transfer should go both ways, he stays involved in university mentorship programs and other technology forums.

As Mitch looks to align the company’s short-term technology strategy over the next 12 months, he contemplates the issue of data management and how best to handle the exponential explosion of data. Many Polymathian products are now handling 1000x more data than they did in their infancy. This surge in volume presents a unique software engineering problem in that it becomes a challenge to keep the software products working in the same way they did previously.

Looking more long-term, Mitch identified the need to enhance the experience users have with our software by improving its overall appeal. “As our products mature, it will become more important for us to focus resources on improving the overall aesthetic of the software to ensure users are having the best experience possible. Many of our products grew from customised solutions for very specific problems, which did not require an investment in the user interface. But since Polymathian’s decision to become a product-focused organisation, it is now time to invest in our software’s design”.

On a personal note

Mitch isn’t just the tech guy around the office; he’s a highly visible and respected leader who has helped shape the company culture at Polymathian. He’s the father of everyone’s favourite lunch app, Chef Friday, who cheerfully approves of our lunch choices each Friday. He promotes developer contributions to Tropofy by awarding chocolate bars and brings Christmas cheer to the office by decorating and gifting advent calendars to staff.

I’ll end with a bit of inside Polymathian humour and note that if asked, Chef Friday would say selecting Mitch as Polymathian’s first CTO is “a fine choice”.

I hope you enjoyed getting to know more about Mitch and his journey to CTO as much as I did. You can connect with him on LinkedIn.

Tami Pizani is a member of the Polymathian marketing team and has made it her mission to shine a spotlight on the employees behind Polymathian's success. Tami loves a great underdog story, discovering commonalities when meeting someone new, and a healthy debate over the use of the Oxford comma. You can connect with Tami on LinkedIn.